How basketball correlates to entrepreneurship

I’ve been an avid basketball fan for as long as I can remember. It began in the late Jordan years, but not solely because of Michael. To watch him and listen to stories about him was fascinating to me, even at a young age. Little did I know I would later go on to grow up in Chicago and proudly call it home.
A good chunk of my love for the game probably also stems from Kobe Bryant’s NBA Courtside, the first game I got for Christmas along with my Nintendo 64 when I was three. (Jordan was actually so dominant that Courtside didn’t have him in the game. His avatar was a silhouette and referred to as “Player 99”.)
Growing up, I continued playing team sports—basketball, baseball, soccer, among others-with friends, in leagues, and any other way I could. And yet, among all the sports I’ve played, basketball has served me the most life lessons. Here’s what I’ve gathered so far:

Get your teammates involved

I was always the shortest kid on the court. And if not the shortest, then the second-shortest. The point is, I didn’t have the height of my peers to be able to back someone down in the post, or finger roll without the fear of being blocked every time, foul or not. If you’ve ever played basketball, you know that the shortest guys are usually the ballhandlers. That was me. I was the guy bringing it up the court. Not every single time, but a good chunk of the time.
What I did differently though, was study the game. Most of the time, and particularly when you’re younger, your teammates automatically feel the need to score if they have the ball. Not only that, but they feel the only way to score is to break the defender’s ankles or throw up a prayer when their ankles are still intact. In other words, they want to score individually. At that elementary age, many haven’t understood that basketball is ultimately a team sport. In high school, it was sometimes even worse. Egos were flying higher than the hormones. One person can carry a team and might be a crucial ingredient, but no one person can make the team. Unfortunately, I’ve played with people who never learned this lesson, even at their 40+ age.
What I did manage to learn at an early age was the importance of getting my teammates involved. I was a good scorer-not always the #1 scorer (though never the worst), but very solid, and unstoppable if I was on a hot streak. I had developed a quick-trigger jumper, so if I was making it rain from deep, it poured. But as the unofficial guard for whatever team I was on, getting my teammates involved always came first. Here’s what I noticed when I put my teammates first:
You're forced to lead
Whether you want to lead or not, it’s always good practice to do so. At one point or another in your life, you’re going to be responsible for leading something or someone.

Once you become the leader, you're also ultimately to blame for a lot, if not everything

This is reminiscent of good CEOs: When things are going well, they give credit to their employees. When the ship is sinking, they blame no one but themselves. This is a key topic in Jim Collins’ bestseller Good to Great.

Your team moves the ball better

I had a friend who was about 6'2" and over 200 pounds, but weak in the post. I took the time to show him how to use his size to his advantage in the post, and he began to give me trouble in the paint. He became a drastically better rebounder, not because he improved his vertical, but because he learned how to use his size. That challenged me to approach rebounding and attacking the basket differently. My improvements on and off the court have come primarily from playing against people who are better than me because I learn from them.
Sometimes we have more information than we know what to do with it. Some of the best leaders and most admired people in the world often put their best ideas forward.
Build bridges, not walls.
One of the best things about basketball is that anyone can beat anyone at any time. It just has that probability. You’ve heard players in the league say it multiple times, and it is absolutely true. It often comes up when a statistically bad team beats a top team in the league. Sometimes teams will get just a bit too cocky and think the game is going to be a walk in the park, but that 7–32 team comes out with everything they've got and pulls out the win.
Are there any other activities you’ve found that translate into business and entrepreneurship lessons? Would love to hear about it. Reach out here:

Pros and cons of making yourself a part of the business 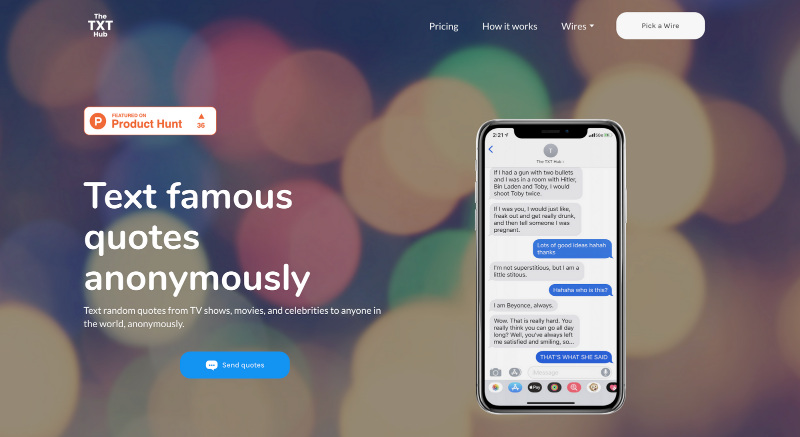