Tweets are always in the headlines, but Twitter itself has been in the headlines consistently for a while now, for better or for worse. Whether it's the launch (and failure) of Fleets, or the launch (and success) of Spaces, attention continues to lurk.
Perhaps the biggest wave yet to hit the nest is the proposed $44 billion acquisition of Twitter, along with the intent to take Twitter private. This has resulted in a ton of tweeps flocking over to Mastodon and experiencing the nonprofit and ethical world of decentralized social media.
Whatever your reason is for moving to Mastodon, there are a handful of differences that you should be aware of, despite the many similarities between the two microblogging platforms.
Let's jump into what these differences are, what they mean, and why they're important.

1. Create (and moderate) your own server

Mastodon is free as in beer and free as in freedom. This means you don't need to pay to use it, and you can also modify or use it as you wish. Since Mastodon is open source, this means you can deploy it on your own server.
For example: I own the domain hiram.io. If I wanted to run Mastodon on my own server using that domain, I could be hiram@hiram.io. Or hey@hiram.io. Or anything else I want. You could do the same.
And since you're running your own server, that means you get to moderate it too. If you explore the many Mastodon servers that exist, you'll see that this is something many users take advantage of.
Take Fosstodon, for example. This server limits, filters, and suspends media that does not align with Fosstodon's server rules and code of conduct.
You have the freedom to do the same. If you wanted to set up a server that only allows dog pictures/videos and nothing else, you could. (I'd also ask you for an invitation to join.)
This is what setting up your own server allows—complete data control and moderation.
But just to be clear: You don't need to set up your own server. You're free to join existing servers. You can even move to a different server later on if you want. (We'll get to that later.)

2. Limit the number of users

If you choose to set up your own server, you might have concerns about allowing others to join it. Don't worry—you can set the number of allowed users on your server. So if you want to be the only one on the server, no issue. If you want to allow just your family and/or friends, not an issue there either—you have full control.

It might sound nominal to go from 280 characters to 500, but it makes all the difference. There's a reason Twitter doubled the character limit from 140 to 280. The additional 220 characters that Mastodon removes the incessant need to thread and allows you to finish a full thought that 280 characters might not.

Bots and spam accounts are a huge issue—not just for Twitter, but for other data aggregation platforms like Instagram and Facebook. So much so, that Twitter's proposed buyer claims that the transaction is on hold until it's confirmed that spam/fake accounts represent less than 5% of users.
Self-identifying as a bot account might seem insignificant, but doing this has allowed many users to create useful bots.
While bots have a poor reputation due to the pollution they cause on places like Instagram (just take a look at the image of comments from my basketball page @InThePaintCrew), bots can actually be helpful. And more than that, they should be helpful.
Every post gets spammed by bots promoting the same account, which becomes a whack-a-mole game of reporting and blocking spam bot accounts.

5. Opt out of search engine indexing

This feature might seem trivial, but not everyone wants to be found on the internet. You might think, "Well if you don't want to be found online, why go online in the first place?" The fact of the matter is that the internet has become a utility, so not being online is not an option in the first place.
Plus, the internet is supposed to be inclusive. Think about victims of abuse or stalking who prefer to remain non-searchable. This subset of the population shouldn't be deprived of an experience just because of someone else's harmful actions. There are many reasons one might have for not wanting to be found, and it's a good thing Mastodon offers it.

This is one of my favorite features on Mastodon, and I wish so bad that Twitter had this too. I'm so tired of the vanity metrics that cause people to do things for the likes and the retweets and the 15 minutes of fame. There's so many out there doing things just for the sake of growing their following, and it becomes addictive.
It's a cornerstone in the social dilemma that we've created. One of the things we should be doing to fix and create an ethical social media environment is giving people the ability to vanity metrics, such as followers.

This one might sound weird off the bat. After all, if everyone's verified, then is anyone "verified"? But have you ever given some thought as to how/why Twitter verifies people? Why is Twitter the omnipotent force that determines who should or shouldn't get the blue checkmark next to their name? Isn't it weird that you can't verify yourself? I mean, aren't you who you say you are?
Twitter's verification process is notoriously subjective and difficult to obtain, and with no good reason. A quick search for people's experiences with Twitter verification will yield all sorts of strange stories and incongruences surrounding the process.
Mastodon's approach to verification is way better in that you can verify yourself by proving ownership of other online presences. It's similar to Keybase's approach, which is also great.

Have you ever tried to move to a different account? I have. My basketball page, @InThePaintCrew, was born @InThePaintNews. Though it might seem like a small change, it was a pain to set up everything and then do the switch immediately. Because if you don't, someone might scoop up the username you're switching to. If that happens, your rebrand/migration is a bust.
Mastodon allows you to move to a different account with ease.

This has got to be one of the most requested features on Twitter (or at least, that's what the Twitter bubble shows me). It's prominent on my Twitter wishlist too.
Mastodon calls this Featured Hashtags, and it's a way to tailor your content to different audiences. This is particularly helpful for generalists like me, who post about a bunch of different topics.
The way social manipulation platform algorithms currently work is that they're optimized for attention. We're told to niche down and be something. The algorithms want to profile you and put you under specific topics, so that you can be targeted effectively when it comes to advertising.
This is why we end up with everyone being "The [Something] Guy" on Twitter bios.
But humans are more complex than the algorithms trying to contain us, and we have different interests. We should not be confined to being "The [Something] Guy" just because we need to pander to algorithms in order to accumulate vanity metrics.
Unfortunately, this is exactly what ends up happening, and so we create silos, bubbles, and echo chambers.
We become afraid to post about something that seems "off-topic" for our brand. Unfortunately, humans and black box AI algorithms have this reciprocal relationship of some version of, "Stay in your lane."

I've yet to maximize the TweetDeck column layout, but I know it's popular. The great thing about Mastodon is that you can toggle the Advanced Web Interface without needing to download a separate app altogether.
Social media is disjointed enough as it is—no need to make it worse by requiring an entirely separate app just to alter your preferred appearance.

11. Remove your client source label (e.g. no "Twitter for iPhone")

While I do think it's helpful to have the client source posted on a tweet or a toot (wow this sentence sounds even weirder when you say out out loud), I sometimes find it distracting.
Here's Twitter justification for having source labels:

Tweet source labels help you better understand how a Tweet was posted. This additional information provides context about the Tweet and its author. If you don’t recognize the source, you may want to learn more to determine how much you trust the content.

So even though it's beneficial, I do think there are some instances where it's fine if it's turned off. Whether you agree or disagree, it doesn't really matter, because the important thing here is that you at least have the option to toggle this on or off.

12. Automatically delete posts after a specified period of time

You know those accounts that have millions of followers and only 5 tweets? That happens because they're deleting their tweets after a certain amount of time. Could be 24 hours, could be a week, doesn't matter. This is a common tactic by accounts in order to recycle and keep their content fresh.
On the other end of the spectrum, you might see accounts with 367.9K tweets.
Whatever your reason for deleting tweets or toots, Mastodon gives you the ability to delete posts after a specified period of time. The only way to do this on Twitter is by using third-party software like Jumbo.
Mastodon, on the other hand, provides this functionality natively. And better yet—you can create exceptions based on rules that you can set.

First things first: What is ActivityPub?
ActivityPub is an open, decentralized social networking protocol.
The beauty of ActivityPub and adapting an open and decentralized protocol is that it allows different web applications to interact with each other so that users can band together their information and collaborate across instances (websites, applications), even if they're running different software.
You're already familiar with another piece of technology that leverages an open, decentralized protocol: email. Let's say you have a ProtonMail account, and you need to send an email to someone with a Gmail account. Imagine if you needed to have a Gmail account to email other Gmail users. Or if you needed to have a ProtonMail account to email other ProtonMail users.
That would suck, right?
But this is currently the case with mainstream social as it currently stands. Wish you were on Twitter and you could interact with someone on Instagram? You can't. You're forced to sign up for yet another account and hand over all your privacy to yet another company that does not have your best interests in mind.
ActivityPub is the standard on other platforms such as PixelFed (Instagram alternative), PeerTube (YouTube alternative), WriteFreely (Medium alternative), and more.
With ActivityPub, you're able to use your Mastodon and PixelFed from a single client. 🤯
Try doing that with centralized social media.

14. Use end-to-end encryption when developing applications

This is a big one, particularly if you're a developer. One of the biggest complaints about Twitter is its security (or lack thereof). DMs, for example, aren't end-to-end encrypted, even though they could (and should) be.
Being able to incorporate E2EE into your applications by default is a big advantage.

Not only can you request features, but actually build them yourself. You need the technical skills, of course, but even if you don't, Mastodon's open source nature allows you to contribute even if you're not a developer.
If there are any other features that Mastodon has that Twitter does not, hit me up and let me know: 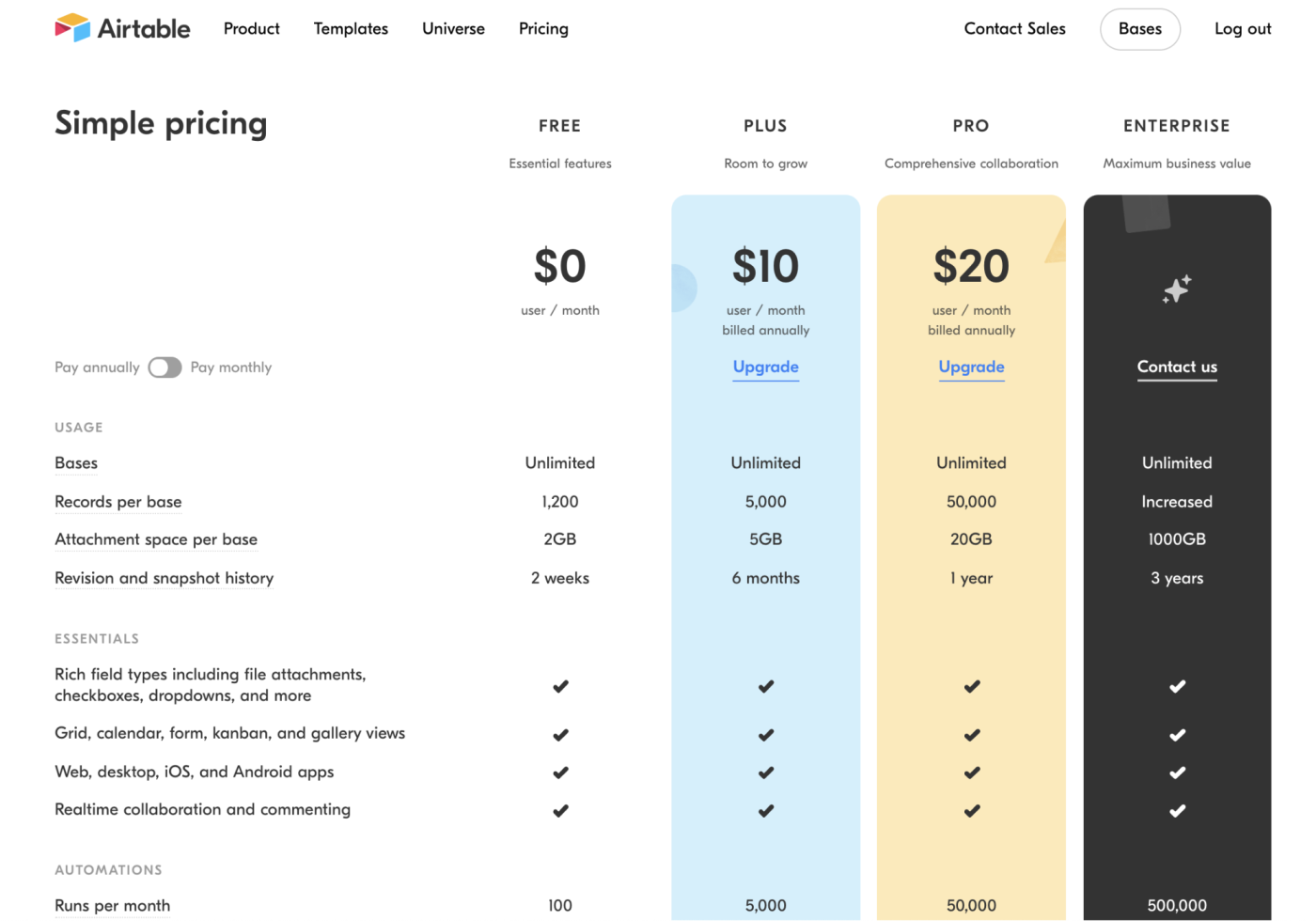